The Torture Letters: The Scars of Being Policed While Black 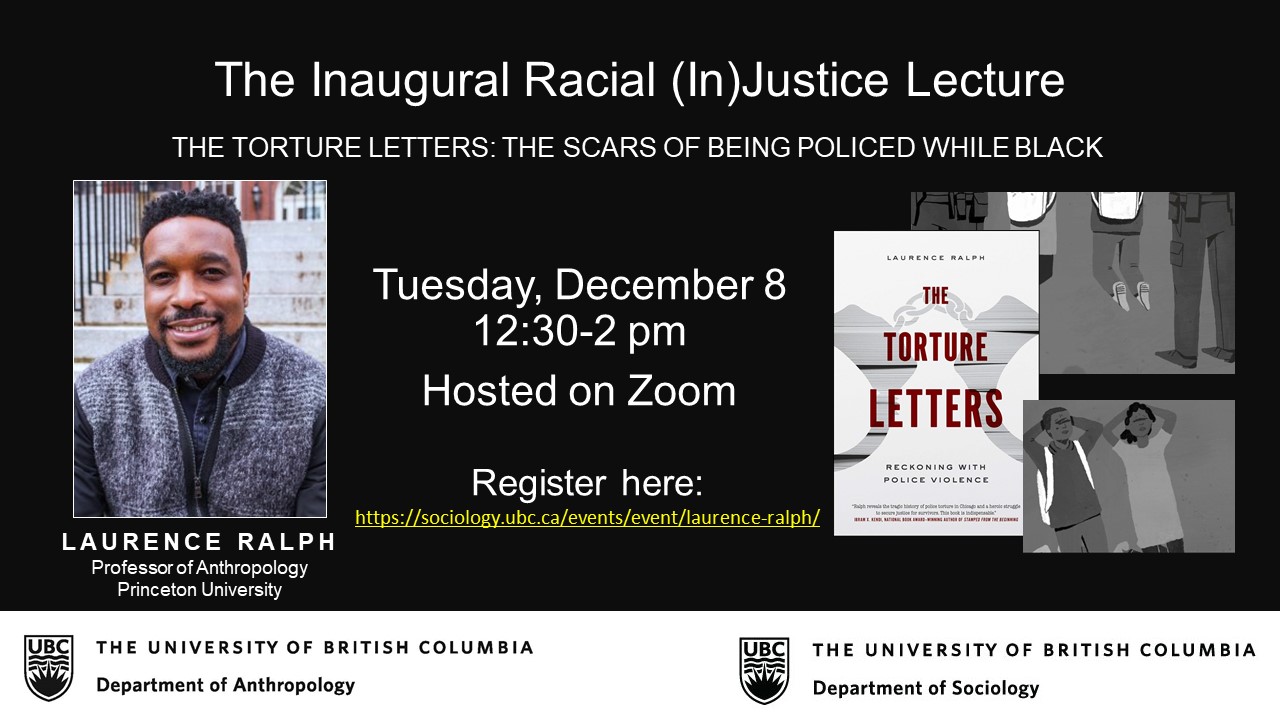 Laurence Ralph presents the Inaugural Racial (In)Justice Annual Lecture at an event co-sponsored by the UBC Departments of Anthropology and Sociology. 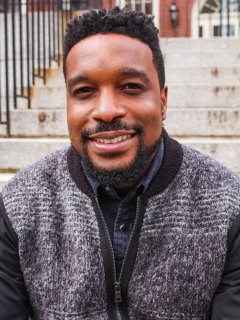 This talk introduces Ralph’s recently published book, The Torture Letters,  which focuses on what it means to be policed in the United States today. It moves from Ralph’s own experiences with racial profiling as a teenager to the horrific history of police torture in Chicago. Born out of more than a decade of research, the book serves as an instant primer on the roots of police violence. It is premised on the nagging realization that right now, somewhere in the United States, similar episodes of police violence are playing out in real-time. Without question, police violence is driven by a dichotomy between “good” versus “bad” people. And too often, the police inflict violence on the latter—those presumed to be guilty and thus unworthy of love or care. Ralph hopes this book can be part of a larger movement that helps forge an alliance to unite people around human dignity.

Laurence Ralph is a Professor of Anthropology at Princeton University. His research explores how police abuse, mass incarceration, and the drug trade make disease, disability, and premature death seem natural for urban residents of colour, who are often seen as disposable.