“There Were Black People in the Past: Gentrification, Displacement and the Making of A Food Oasis” Dr. Waverly Duck 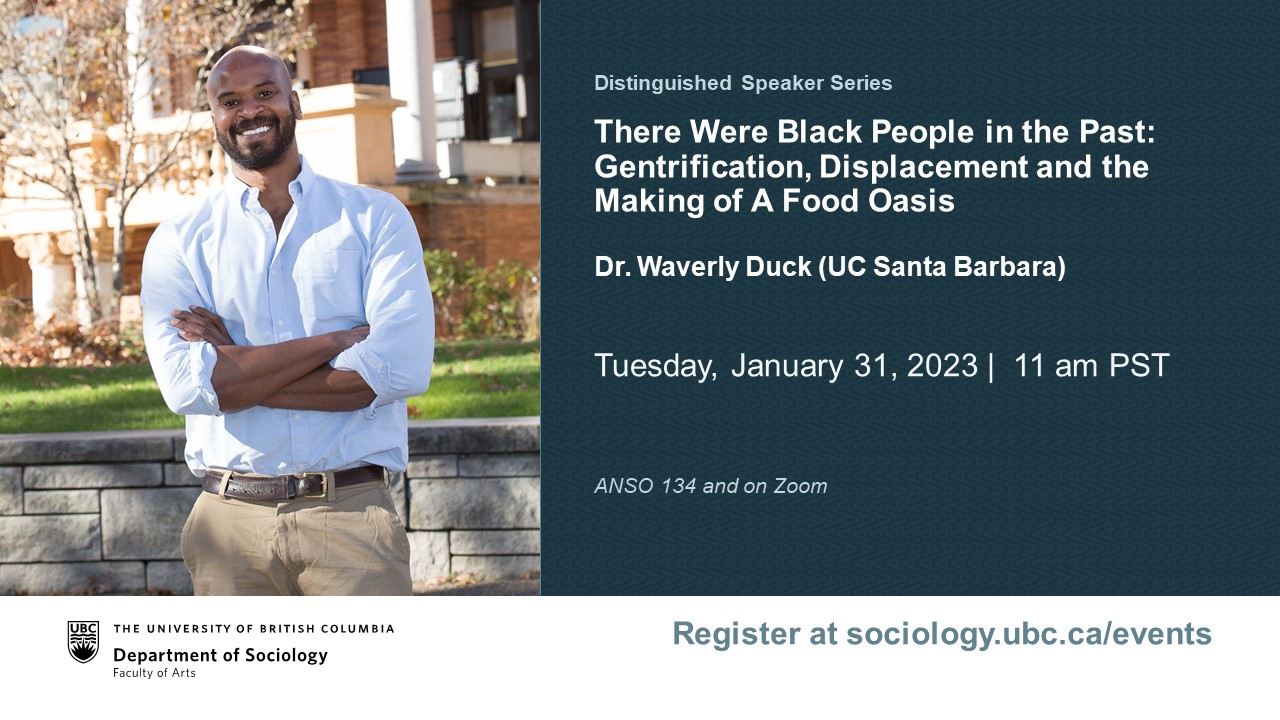 UBC Sociology’s Distinguished Speaker Series hosts Dr. Waverly Duck for a talk titled, “There Were Black People in the Past: Gentrification, Displacement and the Making of A Food Oasis.”

Unfortunately, Dr. Waverly Duck is unable to join us at the originally scheduled date because flooding in Santa Barbara has made air travel an impossibility. We have rescheduled this event to January 31.

Combining stakeholder interviews, ethnographic observations and GIS mapping, I explain the formation of a “food oasis,” a concentration of seven supermarkets within a quarter-mile radius in East Liberty, a poor and working-class Black neighborhood in Pittsburgh, Pennsylvania. I show that the creation of the food oasis has produced gentrification and destabilized the local interaction order, displacing local Black residents. In contrast with “food deserts,” neighborhoods without access to food, the conception of a food oasis has received little scholarly attention, despite being a critical aspect of uneven development. Through an analysis grounded in a conjunction between the political economy and the dynamics of the local neighborhood Interaction Order, I argue that the food oasis in East Liberty is not only the result of gentrification, rather than a genuine response to neighborhood needs, but that its orientation toward the preferences of customers drawn primarily from more affluent surrounding communities is contributing to further gentrification at the expense of the original neighborhood residents whom it has displaced. Rather than giving poor Black residents better access to food, the new upscale supermarkets actually exclude them and attempts to make the middle-class outsiders who shop there feel safe actually place longtime residents in danger.

Waverly Duck is an urban ethnographer and the North Hall Chair Endowed Professor of Sociology. He is the author of No Way Out: Precarious Living in the Shadow of Poverty and Drug Dealing (University of Chicago Press, 2015), and a finalist for the Society for the Study of Social Problems 2016 C. Wright Mills Book Award. His second book on unconscious racism, Tacit Racism, co-authored with Anne Rawls (also with the University of Chicago Press), was the 2021 winner of the Charles Horton Cooley Book Award from the Society for the Study of Symbolic Interaction, 2021 Honorable Mention, Mary Douglas Book Prize, the American Sociological Association Culture Section, the 2022 Book Award winner for the North Central Sociological Association and 2022 Winner of the Oliver Cromwell Cox Book Award for the American Sociological Association Section on Racial and Ethnic Minorities. He also co-authored and curated a new book with Anne Rawls and Kevin Whitehead, titled Black Lives Matter: Ethnomethodological and Conversation Analytic Studies of Race and Systemic Racism in Everyday Interaction (Taylor and Francis, 2020). Like his earlier work, his current research investigates the challenges faced by socially marginal groups. However, his work is more directly concerned with the interaction order of marginalized communities and how participants identify problems and what they think are viable solutions. 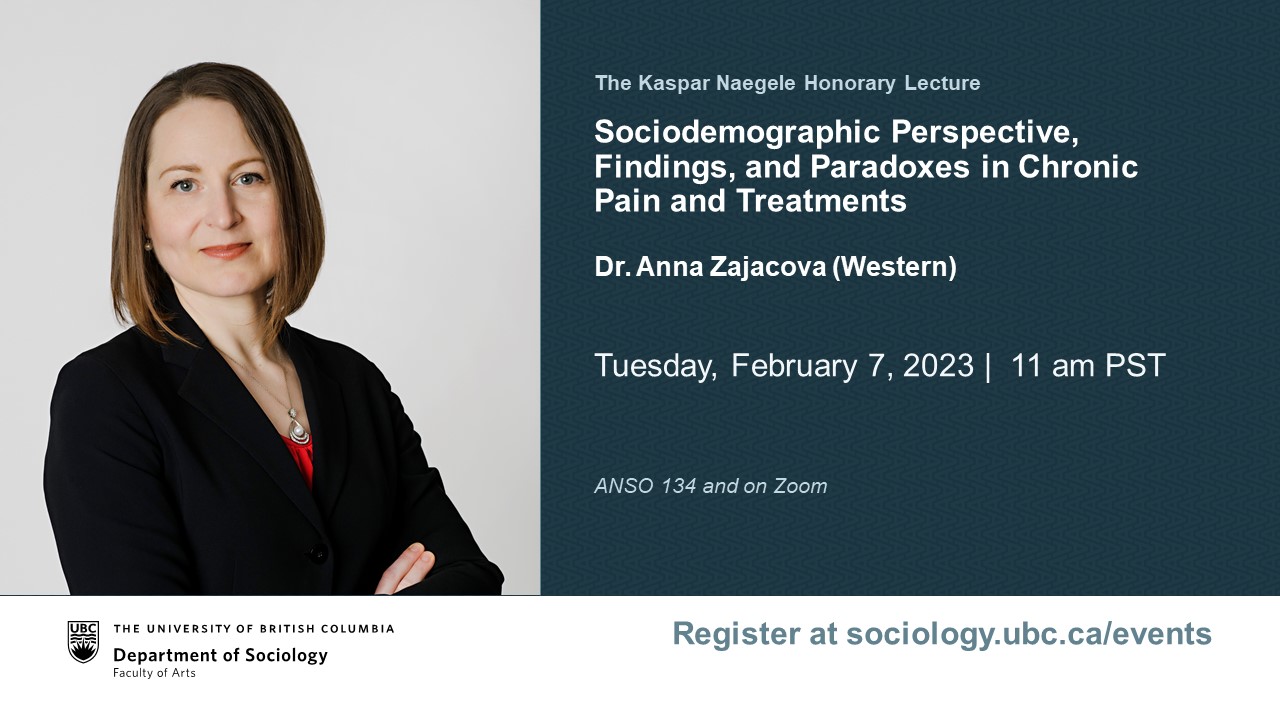 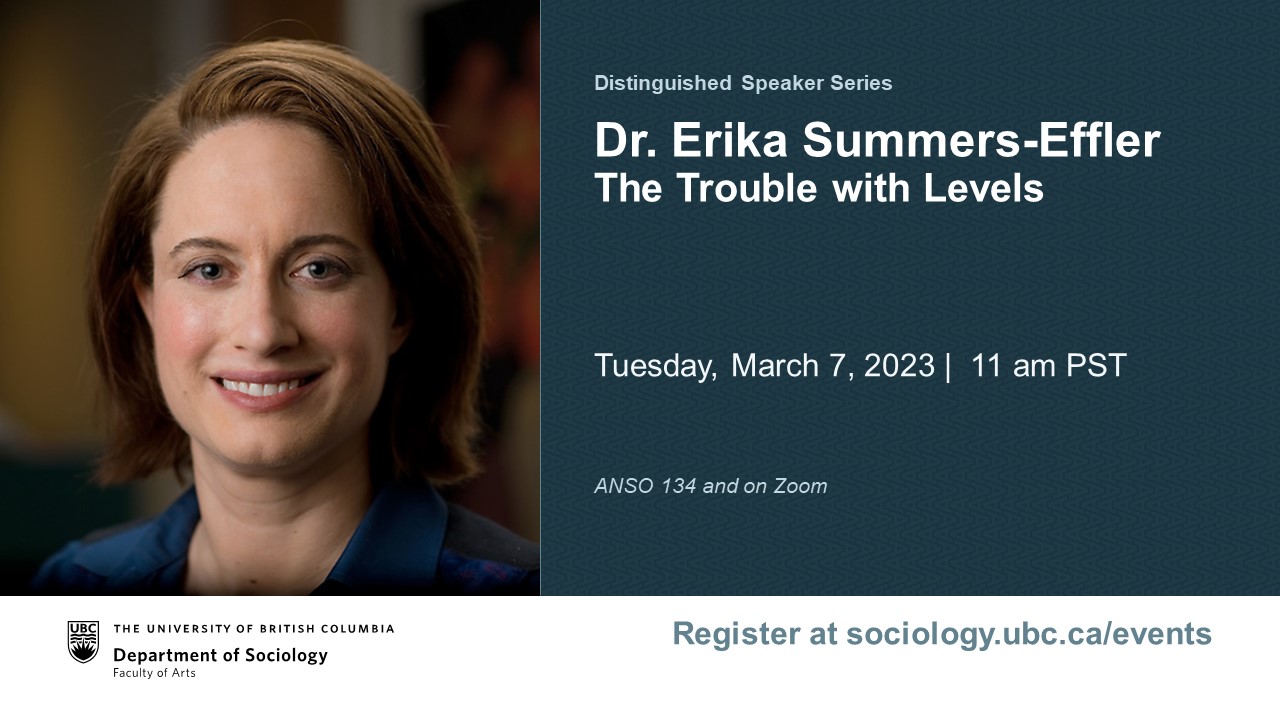 Dr. Ezra Zuckerman Sivan “What Day is It and Who Cares about the Date? Social Media Expressions of Temporal Disorientation Before and After Pandemic Onset” 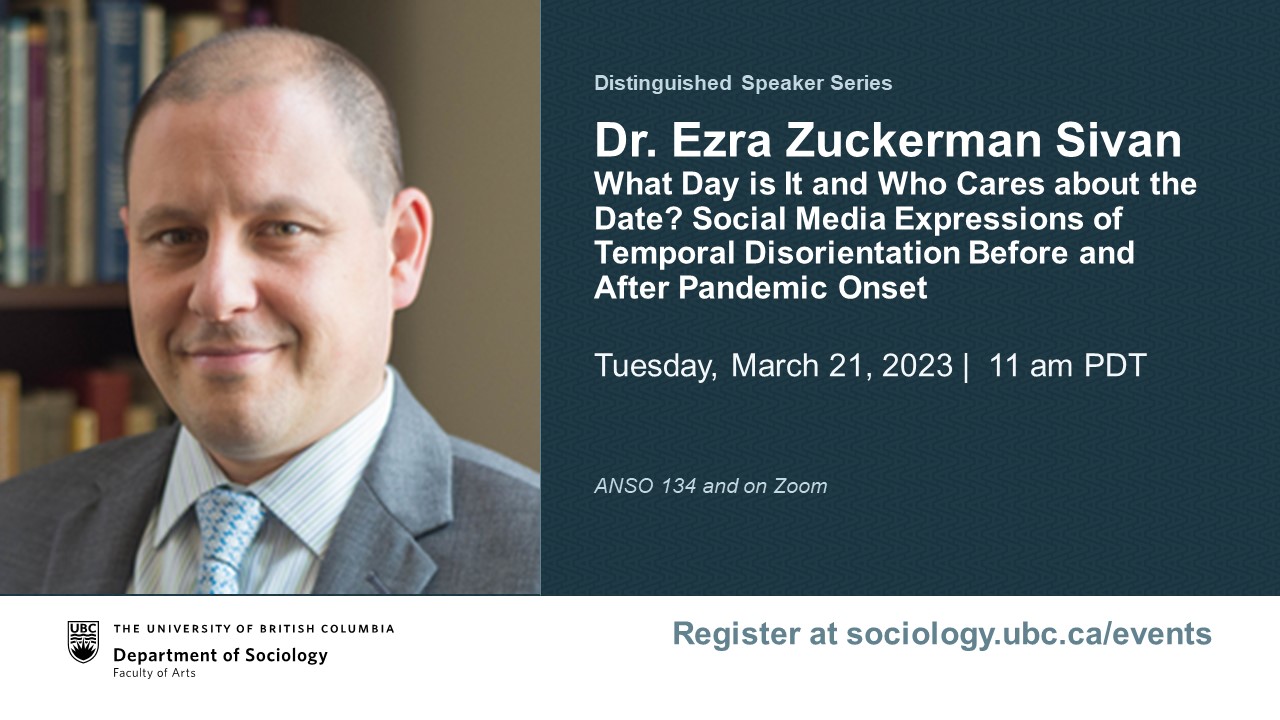