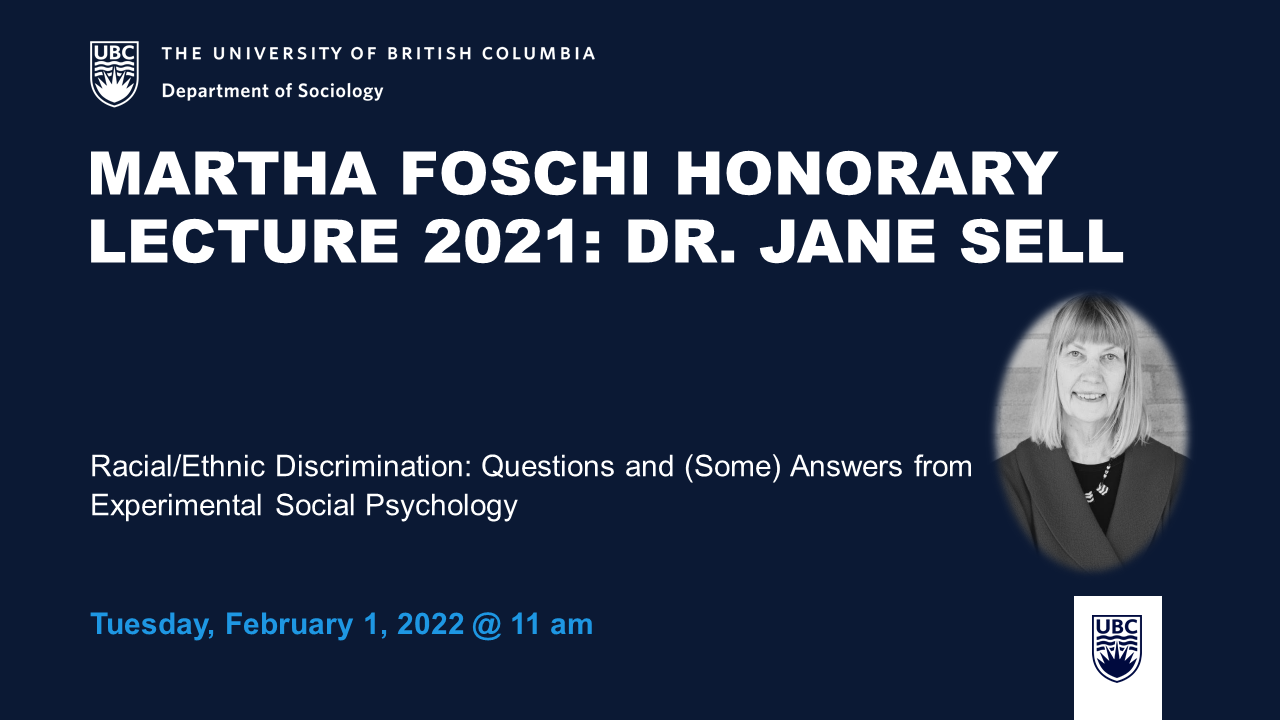 I report on decades of social psychological research directed to determining how race/ethnicity operates in small groups. We know that discrimination within groups is affected by outside forces and then reproduced within groups. In this way, discrimination is perpetuated, and strengthened. But we also know that interventions can occur, decrease discrimination, and also be perpetuated. I discuss some of these group interventions, their theoretical rationale, and the evidence supporting them. I also consider implementation issues: What are some problems with implementation and what might be some solutions? 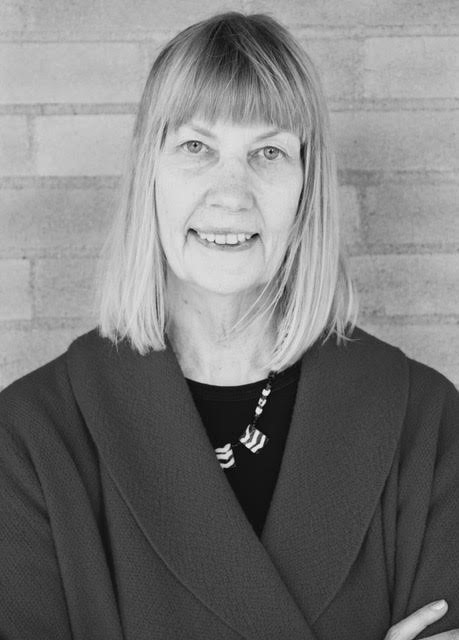 Jane Sell is a Professor Emeritus at Texas A&M University. Her research interests include the development and decay of cooperation in social dilemmas and how different factors affect racial/ethnic equality within small groups. She is also interested in the interdependence between theory and methodology. Together with Murray Webster, Jr. she has considered the role of experimental research for the social sciences in their edited book, Murray Webster, Jr. and Jane Sell, Laboratory Experiments in the Social Sciences, 2014, Elsevier. At Texas A&M University, she received a Cornerstone Fellowship Award and the Fallon Endowed Lectureship (with Melanie Hawthorne). She was awarded the Cooley-Mead Career Award in Social Psychology from the Social Psychology section of the American Sociological Association in 2017.

Conditions permitting this talk will be held in person at UBC Sociology. Details and RSVP to come. 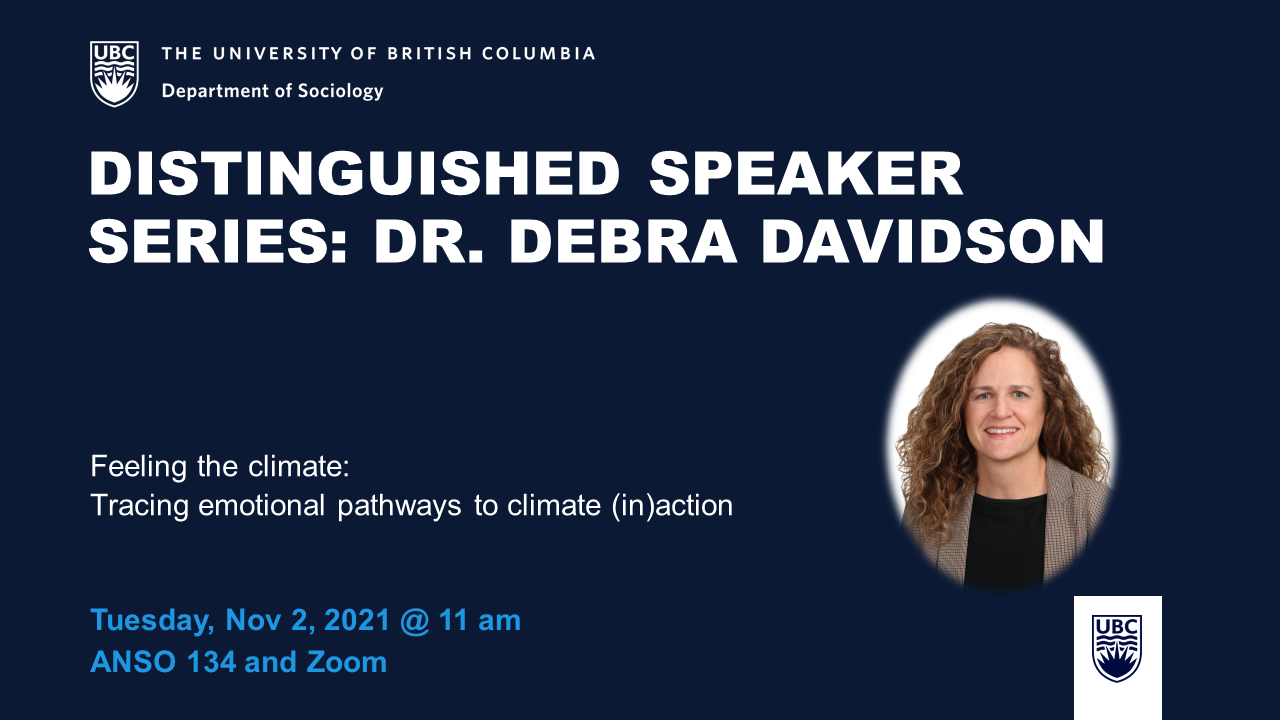 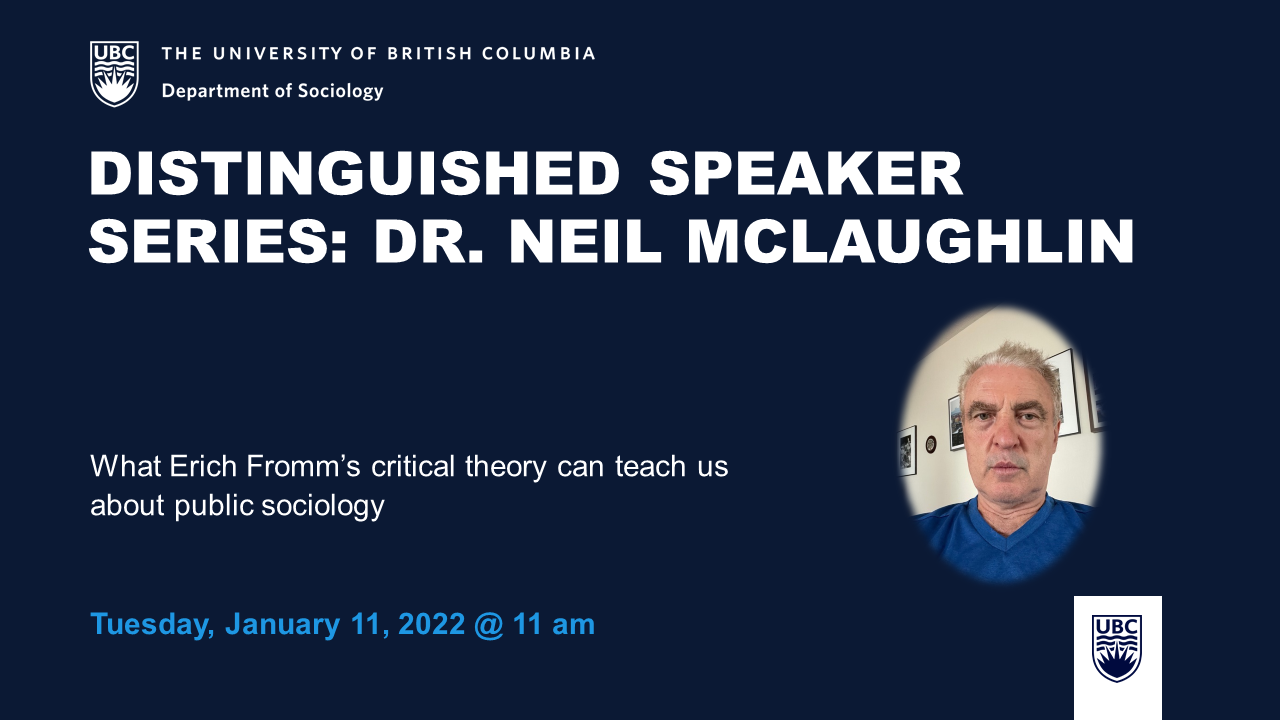 Dr. Hannah Wohl: What is Creativity? How Contemporary Artists Judge their Work