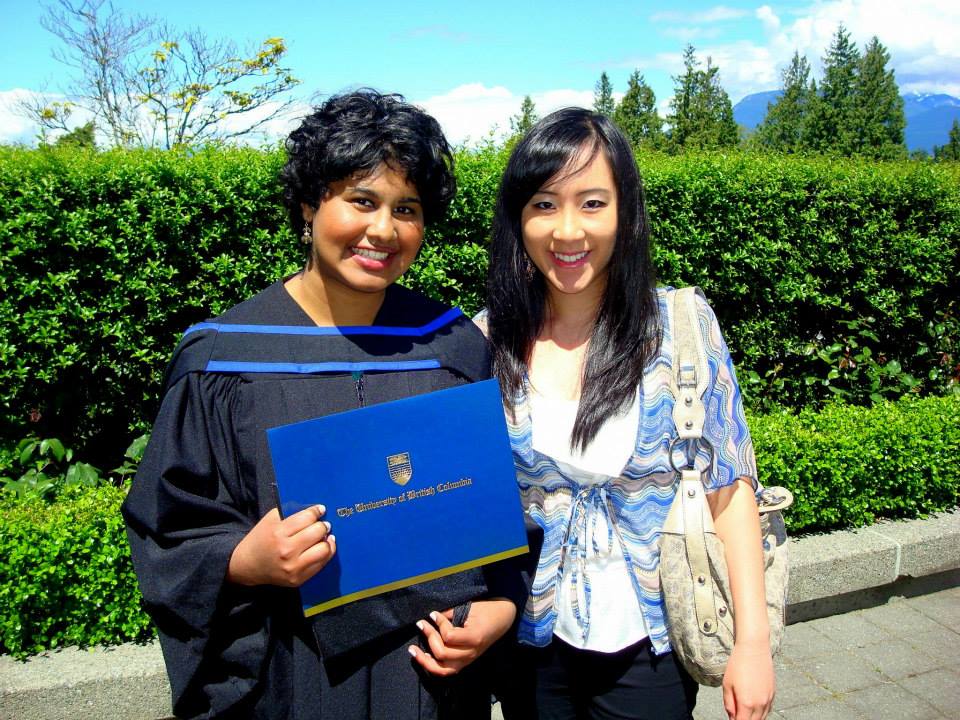 UBC Sociology remembers Anushka Samarawickrama (BA Sociology 2013), who passed away after suffering complications from a pulmonary embolism on December 13, 2020. During her time at UBC, Anushka served as co-president of the Sociology Students’ Association, an associate editor of Sojourners, and was a student leader in many other initiatives across campus. After graduating from UBC, Anushka earned a Masters in Information Studies from the University of Ottawa in 2016. She went on to apply her sociological training to a career in public service, working in a number of agencies within the Canadian government including Indigenous and Northern Affairs, Global Affairs, and most recently Environment and Climate Change. Anushka was a brilliant ambassador for the discipline of sociology. Our department could not be more proud of her, nor more saddened by her premature passing.

A GoFundMe for causes close to Anushka’s heart
launch

Anushka was greatly admired by her peers and mentors, who pay tribute to her below:

Anushka was an amazing student, not because she got the best grades but because she was simply interested and involved and into what she was doing. She was a success because of this. She really is a model for us all.  – Carrie Yodanis (Faculty)

I had the pleasure of knowing and learning from Anushka’s energy, enthusiasm, and insights.  She was a quiet leader who had a demonstrable impact on the sociology community – always forward-thinking, always creative, and always practical.  She was a leader by example, very well respected by her peers and by my Department colleagues.  I was Department Head in Sociology when she graduated so it was wonderful for me to benefit from her positive energy and can-do attitude.  She made us all better. – Neil Guppy (Faculty) 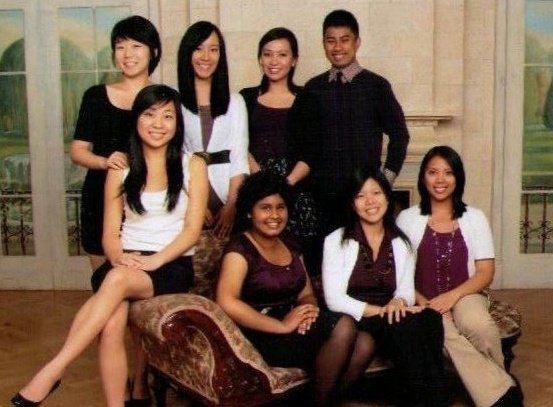 Anushka and the SSA Council

Over the years, I’ve often remembered Anushka; the great pleasure she found in learning, her love of sociology, and what a pleasure it was to work with her. – Sean Lauer (Faculty)

I will remember Anushka’s optimistic energy, her crafty sense of humour, her signature purple parka. Anushka worked tirelessly to make UBC Arts a more inclusive and enriching place to be, and brought her collaborative style of leadership and sense of compassion to the countless initiatives she took on both on-campus and beyond. She did so much good in the too-short amount of time she had. I am so thankful for her friendship. – Amanda Cheong (Faculty/BA Sociology 2012)

Anushka was always a kind and caring individual.  I have never seen her without smiling and she is always positive at every aspect.  Calm, collected, mindful, considerate, and much more.  I will be keeping her and her family in my prayers. – Bosco Kwok (BA Sociology, 2011)

I’m so sad to hear of the news of Anushka’s passing. Sadly, we didn’t stay in touch much after university but I will always remember her contagious positivity and smiling face. She was co-president of the Soci club when I was apart of it and we had spent lots of time not only planning for events within the faculty but also got to know each other well through fun dinner nights and baking at my house one year. She was a lovely person to be around and always made people feel so comfortable. Though she was a busy student juggling her course work and extracurriculars, she always made time for you if you just wanted to chat and offload something that was going on in your life or if you were having a bad day. I regret not having kept in touch with her after university.  – Christina Tseng (BA Sociology, 2011)

Anushka was one of the most generous and kindest people I have ever known. She was generous with her time and was always making the time to spend with friends or to make new ones. I was alone in a new city and she offered her friendship without even needing to meet me first. Even after I moved to another city, she always reached out whenever she knew we’d be in the same city so we could see each other, catch up or try a new or favourite restaurant.
I miss her deeply and I am heartbroken that she had to leave so soon. Be at peace, my friend. – Sandra Lee (BCom Finance and Economics, 2012)

I was involved with the Sociology Student’s Association when Anushka served as co-president. She was warm and kind. She worked hard to put everyone around her at ease. I remember her as someone who had a bright personality- like a ray of sunshine. – Linda Chan (BA Sociology, 2012)

Anushka lit up the room with her contagious smile. She was genuine, honest and strong. I am very lucky that I have met her and that we’ve crossed paths even for a short time. May you rest in peace Anushka. You are a wonderful soul! – Kathleen Frialde (BA Sociology, 2012)

My memories of Anushka are inseparable from the old ASA/SSA student club office in the AnSo building. She was co-president of the SSA at that time. That cold, grey AnSo building was made so much warmer by Anushka. She was so bright. She was so cheerful – not in a cheesy, oblivious way, but in way that was grounded in a kind of wisdom that can only be earned by taking in experiences as she did. That is, with resilience, faith, and perspective. I don’t think there was a mean bone in her body, as she sought to be inclusive and welcoming to everybody. I may not remember every detail in those heart-to-hearts we had in that old office, but I remember how she made me feel: listened to, trusted, not alone. She told me stories of her experiences, some of which I was eager to retell to my mom after school; my mom loved wise, kind, funny people like Anushka.

Anushka was well-loved by so many people, and for good reason. When I look back on that time in university – with all the stressed out paper-writing, cramming, lack of sleep – Anushka’s bright presence stands out that much more. She was – and is – a very special person. (Denise Lee, BA Anthropology, 2011)

“My first memory of Anushka was from when I was a part of the Sociology Students Association (SSA). One day, I received an e-mail from a student I didn’t know, introducing herself as Anushka and asking if she could join the association. Before I knew it, Anushka quickly became an active and valued member of the SSA, always coming to meetings with creative ideas and natural enthusiasm. She also quickly tasked me with learning how to spell her last name – a skill that good friends were supposed to possess.

And Anushka became a close and trusted friend to me. During our years together at UBC, we spent many hours hanging out at the Anthropology & Sociology building, or “ANSO” as we all know it. From lengthy sociological conversations, to her once doodling an artistic rendering of me in MS Paint with the caption “my idol” (as much as I loved her as a dear friend, I won’t comment on her MS Paint talents), I am deeply grateful for the laughs and memories we shared together. Anushka always had the unique ability to brighten up those around her with her bright smile, kindness, and highly contagious laugh. I’m very grateful that I was able to meet up with her again in Ottawa a few years ago, where we, together with another friend, were able to catch up over snacks while chatting about our work lives in the federal government. 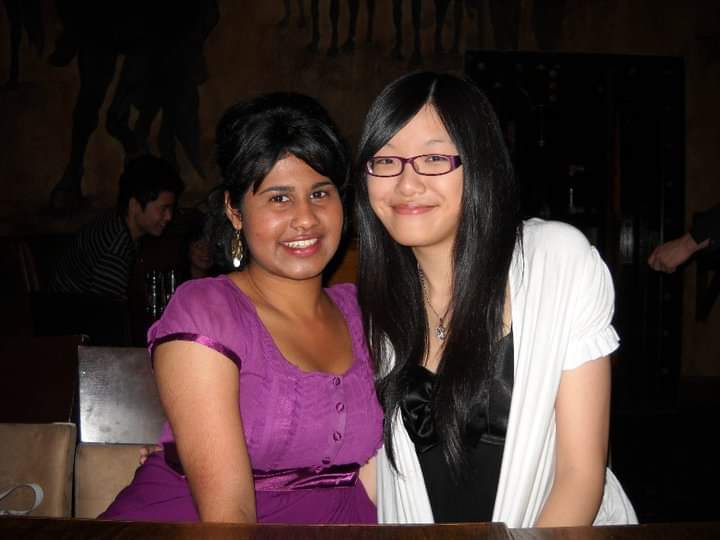 As I struggle to find my words while writing this, I want to recognize how Anushka’s passing as well as the pandemic this year are vivid reminders of how all of us should more often hit ‘pause’ in our busy schedules to spend time or connect with those who have touched our lives. I will always remember Anushka for her kindness, sense of humour, and good-natured self — and I hope that we can all continue to remember her through our actions.” – Jasmine Luk (BA Sociology, 2011)

I’m still processing Anushka’s passing as I never thought that she would be gone this soon. Anushka (or Almighty–my nickname for her) is someone very dear to me as our 1 year co-presidency in the UBC Sociology Students’ Association (SSA) cemented our 10-year friendship. I remember meeting Anushka for the first time in spring 2010 at the UBC SSA Grazing with Guppy et al. social. I could immediately see that she is a cheerful and kind soul. When Anushka and I were asked by the outgoing co-presidents Jasmine and Jennifer if we were interested in becoming the next co-presidents, I was hesitant and scared due to the time commitment. But after some thought, I took a leap of faith as something told me that Anushka and I would make great leaders together. And I was right.

There is something about working as team mates that strengthens a bond. Not only did Anushka and I plan many SSA events together but we continued to create a fun, learning, and supportive community within the SSA team and Sociology department. We also got to know each other quite well and were each other’s daily life diaries. I couldn’t ask for a more compatible teammate and supportive friend! During our rough days, we often used humour to get through them.

After Anushka moved to Ottawa, she would return to Vancouver almost every year and being the organized person that she is, would plan out each day to make time for her friends, including me. When I moved to Toronto last year, we became even closer and had hours-long phone chats. The last time I saw Anushka was October 2019 when she visited Toronto and the last phone chat we had was in March 2020. Though there was physical distance between us, we chatted like old times every time we reconnected. Her sweet and vivacious voice will remain with me. I will miss her positive spirit and our sarcastic banter. – Elaine Lin (BA Sociology, 2013) 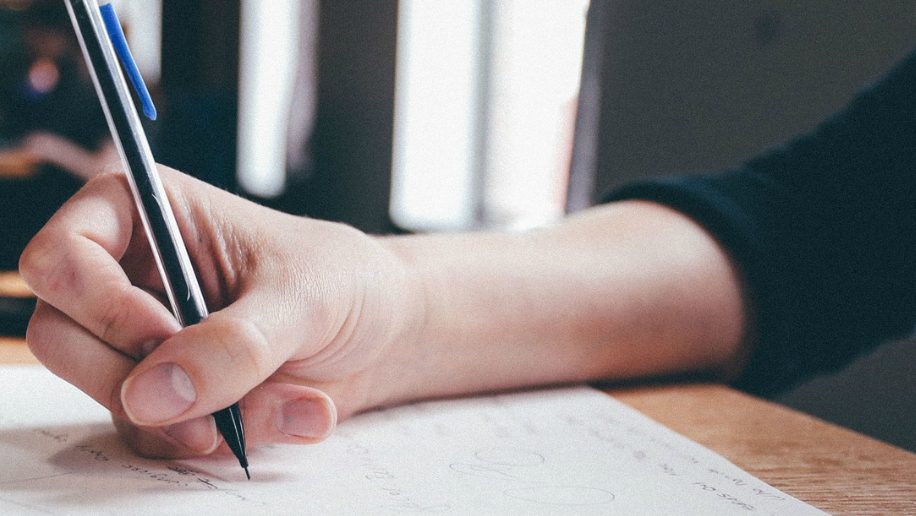 Winter Term 2 course withdrawal deadline has been extended to April 14, 2021 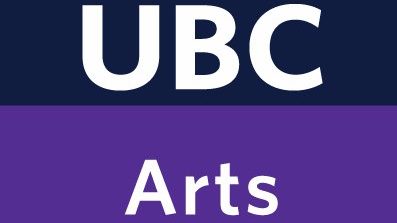 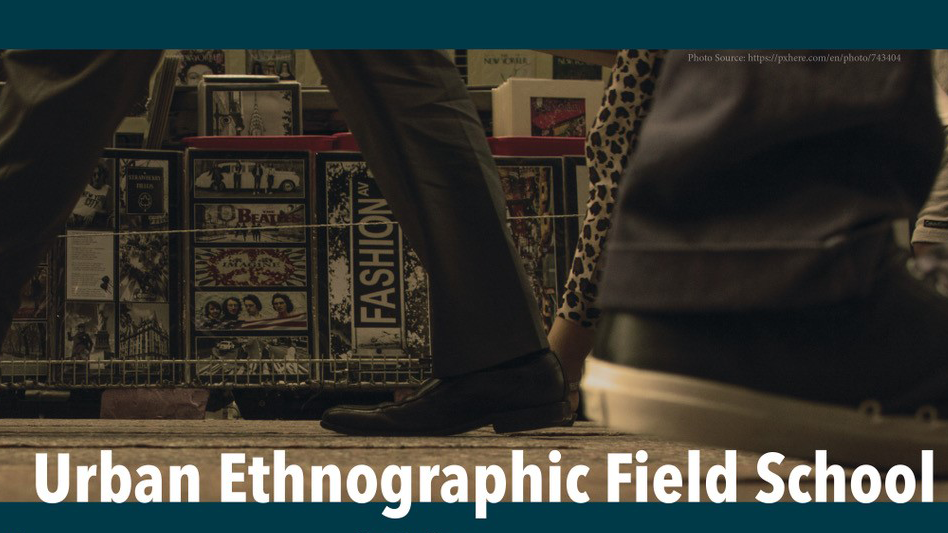